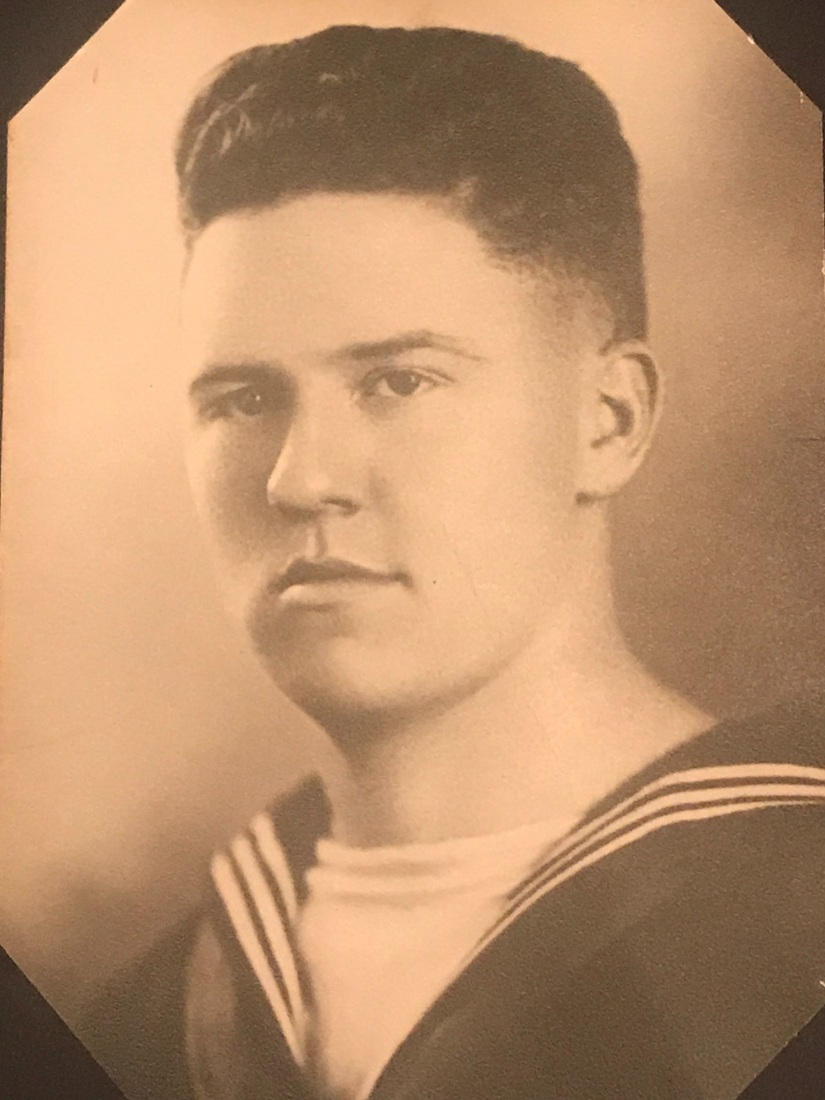 My grandpa, Michael T. Whitney, served in the U.S. Navy during WWI. He was just a kid, like so many of that time. Enlisting at 16, he lied about his age, also a fairly common practice of young men in those days. Grandpa was the son of Irish immigrant parents, one of nine children. Maybe the Navy was his chance for adventure. I can only speculate since he died before I was born. I do know that he was on a troop ship, which brought troops to Europe. Grandpa worked in the engine room. That must have been grueling work. There was plenty of danger for him in the Navy during the Great War as German U-Boats sunk many U.S. ships.

All three of my grandpa’s sons, including my dad, served in the U.S. Military. Uncle Tom was in the Army during WWII. He was part of The Battle of the Bulge. Uncle Tom was injured in battle, getting hit with shrapnel on his arm. I remember Uncle Tom’s scar tissue on his arm. I don’t recall if it was his right or left arm, but I do know he couldn’t straighten his arm out. The few times I was around Uncle Tom as a child, I always looked at his arm. It was slightly bent up with a large amount of scar tissue at the elbow.

I just named the few Veterans that I can recall off the top of my head, there are many others throughout my family. I love Veterans, so much so that I married one. I love our current active military. U.S. soldiers have a special place in my heart, and they always will. As you can see, it’s in our DNA to serve, though I have never had a desire to serve, I am so grateful to all who have. Especially my family members.

When my oldest son Dylan was in Cub Scouts they would place American flags at the Veteran’s cemetery in Portland, Oregon for Memorial Day. This was my absolute favorite thing they did when he was a Scout. Each Scout swept off the grave marker, placed an American flag, and saluted. Some of the graves were fresh, as this was in the middle of The War in Afghanistan. Some of the graves were from WWI. It didn’t matter though, they all are worthy of respect and admiration.

A very tiny percentage of Americans serve in our military. It’s a big deal if you have served, you are among a small group. So today Veterans, I honor you.

Thank you Veterans! I am grateful for your service to America.

Be watchful, stand firm in the faith, act like men, be strong. 1 Corinthians 16:13

11 thoughts on “Thank You Veterans!”