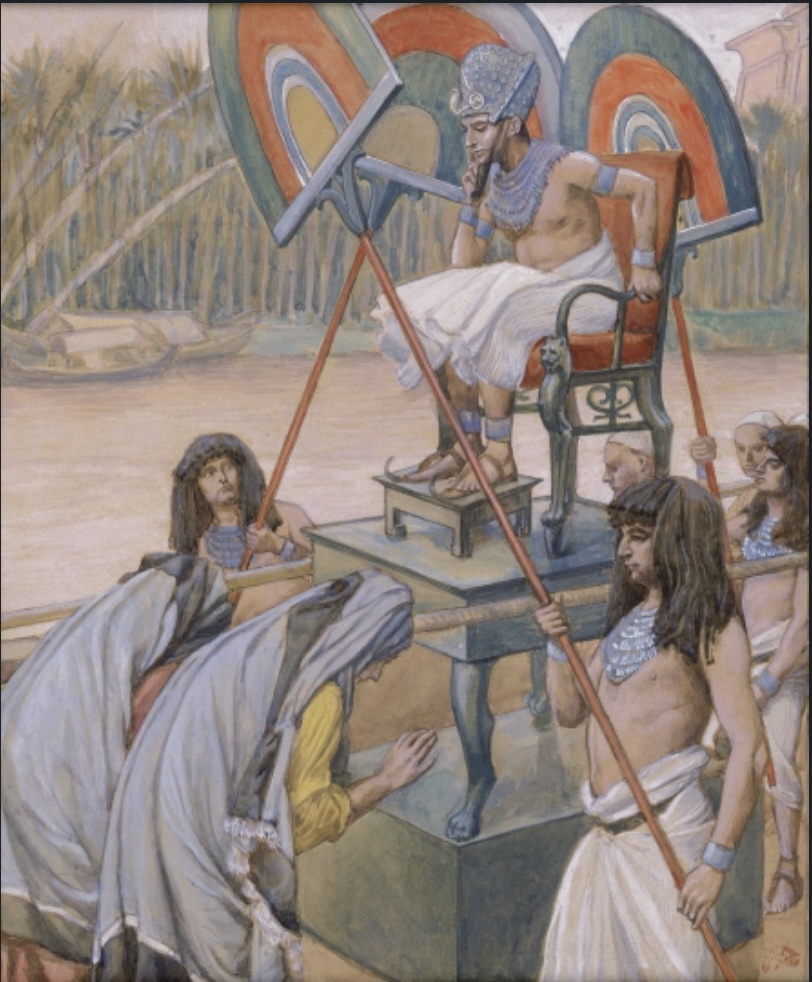 When admired women of the Bible are discussed, names like Esther, Ruth, and Deborah are mentioned. These faithful women were used by God mightily. But these aren’t the only Godly women in the Bible. There are many women who obeyed God and impacted history. Some were named, and some remain nameless in the Word of God.

In the first chapter of Exodus we learn about the oppression of the Israelites by the Egyptians. The king of Egypt did not like that the Israelitess had grown to such a large number. He feared that if war broke out, the Israelites would join an enemy army, fight against Egypt, and leave the country. So Pharaoh put slave masters over the Israelites and forced them into hard labor.

Pharaoh’s oppression backfired. The more the Israelites were oppressed, the more their numbers multiplied. The Egyptians dreaded the Israelites and worked them ruthlessly. The Israelites had to make bricks, and work in the fields. This was hard backbreaking labor.

Pharaoh came up with another plan to decrease the numbers of the Israelites since harsh labor was not working.

15 The king of Egypt said to the Hebrew midwives, whose names were Shiphrah and Puah, 16 “When you are helping the Hebrew women during childbirth on the delivery stool, if you see that the baby is a boy, kill him; but if it is a girl, let her live.”17 The midwives, however, feared God and did not do what the king of Egypt had told them to do; they let the boys live.18 Then the king of Egypt summoned the midwives and asked them, “Why have you done this? Why have you let the boys live?”  Exodus 1:15-18, NIV

Pharaoh vastly underestimated these women by thinking they would follow his orders. Shiphrah and Puah took an enormous risk by refusing to kill the male babies. They were just lowly midwives, yet what they did was daring. Because of their fear of God they protected the Hebrew baby boys.

19 The midwives answered Pharaoh, “Hebrew women are not like Egyptian women; they are vigorous and give birth before the midwives arrive.” Exodus 1:19, NIV

It’s assumed that Shiphrah and Puah lied when answering Pharaoh. This may not be the case. Many Bible commentators say the midwives lied, and some say they did not. Verse 19 gives their answer, and we are not told anything further on whether or not what they said was true. Maybe it was partly true. If the midwives did lie, was it justified?

20 So God was kind to the midwives and the people increased and became even more numerous. 21 And because the midwives feared God, he gave them families of their own. Exodus 1:20-21, NIV

God blessed the midwives because they feared Him and obeyed Him. God did not bless them for lying. He blessed them for their faithfulness. God always knows our heart and what is motivating our actions. Shiphrah and Puah were rewarded for their incredible faith with families of their own.

And so the Israelites just kept increasing. God blessed the Israelites during harsh oppression by continually multiplying their numbers. When Pharaoh’s oppression increased, God’s goodness increased more. These two incredible ordinary midwives were a part of God’s extraordinary plan.

Shiphrah and Puah stood up to evil because they loved God. As a result, the Israelites grew in great numbers, and the groundwork was laid for Israel to be set free from the Egyptians. The stage was also set for the birth of Moses, the prophet who would lead his people out from Pharaoh’s enslavement.

These precious women inspire me to fear God, not man.

If you need prayer send your prayer request to meghanewhiteauthor@gmail.com

12 thoughts on “The Heroic Hebrew Midwives”

Leave a Reply to Israel In Prophecy Cancel reply